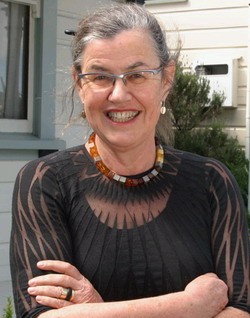 Professor Howden-Chapman from the University of Otago, Wellington, has led two previous HRC-funded He Kainga Oranga/housing and health research programmes, both of which have received widespread international acclaim, fundamentally changing how the relationship between housing and health is seen. The study team’s achievements include proving the link between meningococcal disease and household overcrowding, and showing that uninsulated houses negatively impact on school attendance, sickness and hospitalisation. The insulation and heating studies that formed part of these programmes were rated outstanding examples of housing intervention studies in the American Journal of Public Health and in a Cochrane Review.

This latest He Kainga Oranga programme to receive HRC funding will focus on children and involve six studies related to, but extending on, the previous housing community trials. The studies will include trials to insulate and warm newborn babies’ homes and provide them with feather duvets; provide wrap-around housing and welfare services for children who have been hospitalised; and examine the indoor air quality and possible health effects on children living in housing located next to arterial roads.

The programme will also trial the effects of a rental warrant of fitness (RWoF) that prescribes minimum housing standards for existing properties.

Professor Howden-Chapman says that children spend more time inside their homes than adults and are particularly vulnerable to prolonged exposure to poor housing.

“Rental housing is on average of lower quality than social housing or owner-occupied housing. Moreover, 49 per cent of children living in households below the poverty line live in private rental dwellings,” says Professor Howden-Chapman.

This study aims to establish the effect of implementing a RWoF on tenant health, particularly the health of children, and to determine the effect of a RWoF on housing supply and affordability.

Professor Howden-Chapman, who last year became the first woman and social scientist to receive the $500,000 Prime Minister's Science Prize, is one of five researchers to receive up to nearly $5 million each for programmes in the HRC’s 2015 funding round.

HRC Chief Executive Professor Kathryn McPherson says that the work of Professor Howden-Chapman and her team has had a tangible effect on the health of our homes and environment. She says the team’s previous HRC-funded work provided the rationale for the EECA Warm-Up NZ: Heat Smart Programme, which has been evaluated as having delivered more than $1.5 billion of health benefits to New Zealand.

Other programmes funded this year include cutting-edge research at the intersection of biomedical, clinical and public health, with an emphasis on musculoskeletal conditions, respiratory health, infectious and inflammatory disease – all of which result in considerable burden for people and the health system.

To view lay summaries of the recipients’ programmes, go to the HRC's research repository. A spreadsheet detailing 2015 funding round contracts - salary overheads and expenses - is also available here (XLSX 150kb).