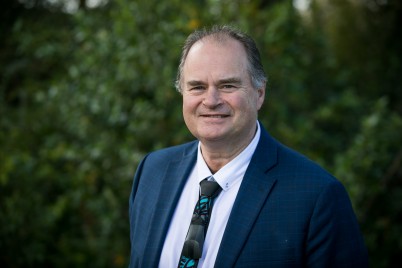 A new Māori-led study will design and evaluate strategies to help caregivers safely administer paracetamol to children to avoid dosing errors that can potentially cause paediatric acute liver failure and even death.

Lead researcher Dr Rawiri McKree Jansen (Ngāti Raukawa-Waikato), a practicing GP and clinical director of the National Hauora Coalition, has received funding from a partnership between the Health Research Council (HRC), Ministry of Health (via Medsafe) and ACC, to address the challenges caregivers can face in accurately dosing paracetamol and other medicines for children based on weight.

“The national Poisons Information Centre in Aotearoa New Zealand receives an average of 804 calls per year relating to paracetamol ingestion in children, nearly a third of which are due to a medication administration error. This suggests to me that many more whānau struggle with accurate paracetamol dosing than the small number who end up in emergency departments,” says Dr McKree Jansen.

He says the high rate of potentially dangerous medication errors involving children is due in large part to the complexity of weight-based dosing. In New Zealand and Australia, common errors in medication administration that lead to paediatric acute liver failure include exceeding the recommended dosages, increased dosing frequency and prolonged duration of dosing.

“This kaupapa Māori research will help us understand the needs of Māori caregivers and put their voices and ideas at the centre of the design and testing of effective strategies to improve the safe use of paracetamol for tamariki. Our research team also have the knowledge and practical experience to apply the findings to the safe use of other medicines,” says Dr McKree Jansen.

HRC Chief Executive Professor Sunny Collings says this new study fills an important gap as few studies have evaluated the effectiveness of strategies such as redesigned medicine labels or dose measuring devices to help caregivers administer paracetamol safely. And to date, no interventions have been evaluated in the context of New Zealand, something she says is critical to ensure they are equitably effective and culturally appropriate.

ACC’s Chief Clinical Officer and Head of Health Partnerships, Dr John Robson, says ACC is pleased to support this piece of research, which will reduce the likelihood of tamariki being accidently harmed by the use of paracetamol.

“We see real potential for this work to promote safer paracetamol use and reduce inequity,” he says.

Medsafe Group Manager Chris James says this research will be a valuable contribution to Medsafe’s strategy for improving the safe use of medicines, particularly paracetamol use in children.