Are the flavours added to e-cigarettes safe? 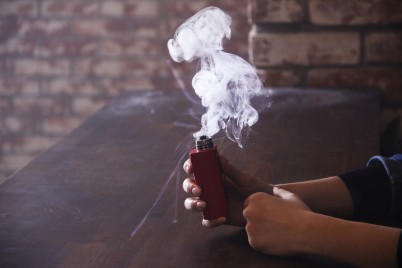 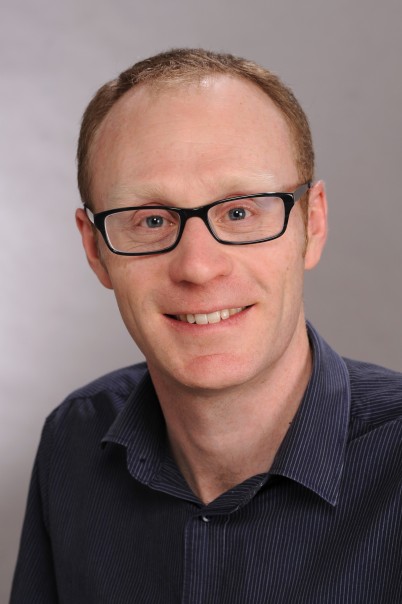 Gooseberry fizz. Strawberry watermelon bubble gum. Vanilla custard. These flavours – just some of what is a huge range of e-cigarette flavours available in New Zealand – sound harmless enough, but are they really?

University of Otago food scientists have received an Explorer Grant from the Health Research Council (HRC) to develop novel testing methods that will enable regulatory bodies in New Zealand to evaluate the unknown safety and long-term health effects of flavours commonly added to the liquids used in e-cigarettes.

Lead researcher Dr Graham Eyres (pictured right), who has significant experience researching flavours used in the food industry, says the flavourings added to the liquids used with e-cigarettes or vaping devices are currently regulated under the Food Standards Code. The problem is, he says, that the code only covers the safety of ingesting these flavourings in food; it does not consider the use of these flavourings when inhaled.

“E-cigarettes heat a liquid into an aerosol or vapour cloud that is inhaled by the user, typically delivering doses of nicotine to the lungs,” says Dr Eyres.

“In New Zealand, the range of flavourings added to the liquids in e-cigarettes have not been characterised or quantified. This is concerning because some of the volatile organic compounds generated during vaporisation may be directly harmful if inhaled at high concentrations or may degrade to form harmful compounds,” he says.

As an example, Dr Eyres cites the use of diacetyl – a flavouring responsible for the buttery characteristic of chardonnay – which more than 20 years ago was linked to causing an incurable lung disease in popcorn factory workers who were breathing in large amounts of the compound over hot vats of oil while making flavoured popcorn.

Dr Eyres says recent international research has shown that 74 per cent of commercial liquids in e-cigarettes contained diacetyl, with more than 40 per cent at concentrations higher than the recommended safety limits. The proportion of New Zealand e-cigarettes that contain diacetyl is unknown.

“With this Explorer Grant, we will use methods developed in food and environmental science and redesign them to better understand what compounds are in these e-cigarette liquids and how these compounds are distributed within different-sized aerosol droplets. Armed with this knowledge, we can then work with toxicologists and health professionals to determine what the level of risk is from these compounds and hopefully provide regulators with the evidence they need to develop specifications and standards on e-cigarettes,” says Dr Eyres.

E-cigarettes are generally considered to be less harmful than smoking traditional cigarettes because they operate at a lower temperature and are therefore likely to generate lower levels of carcinogenic compounds. For this reason, they are often recommended as an effective tool in helping people stop smoking, including by the Ministry of Health1.

HRC Chief Executive Professor Sunny Collings says the use of e-cigarettes in New Zealand has been growing, with over a third of school students reporting having tried an e-cigarette in 2019 and 12 per cent reporting to be regular users of e-cigarettes2. There has also been a marked increase in the marketing and availability of e-cigarettes.

She says this innovative research will provide some fundamental tools and data to help ensure that e-cigarettes do not become yet another cause of harm.

“Smoking has a huge impact on public health and Māori health outcomes with half a million New Zealand adults smoking daily – 31 per cent of whom are Māori – and more than 5000 fatalities each year as a result.”

“E-cigarettes may have a part to play in achieving a smoke-free Aotearoa by providing an alternative to smoking cigarettes, however, we need to be able to effectively evaluate and monitor the safety of e-cigarettes and other vaping devices to ensure any long-term health effects on New Zealanders are minimised,” says Professor Collings.

The HRC has awarded 15 Explorer Grants to a total value of $2,250,000 in this funding round. These grants are designed to support transformative research ideas that have a good chance of making a revolutionary change to how we manage New Zealanders’ health.

See below for the full list of award recipients.

1 See www.health.govt.nz/our-work/preventative-health-wellness/tobacco-control/vaping-smokefree-environments-and-regulated-products/position-statement-vaping
2 https://www.ash.org.nz/ash_year_10 (Note: The ASH Year 10 Snapshot Survey 2021 looking at youth smoking and vaping attitudes and behaviours will be carried out between 26 May and 9 July 2021)